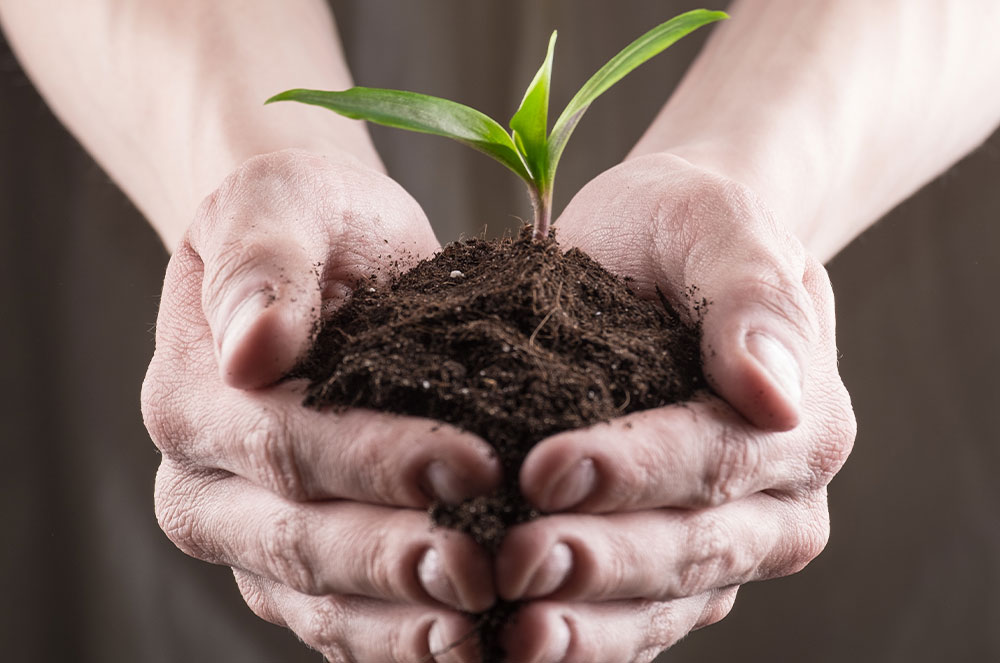 HOW WE CAN FIGHT CLIMATE CHANGE IN OUR FARMS?

A recent article published in The Lancet, a prestigious medical journal, warned that the impact of climate change was increasing, to the point of threatening the health of our children. Every day we are increasingly aware of the importance of taking steps to conserve and improve the environment. We only have one planet and we must guarantee that future generations can live on it.

The UN has been trying to raise awareness among public opinion about problems related to climate change on an international scale. Since 1995, annual conferences have been held, commonly known as Climate Summits or COPs, with the latest one being held in Madrid at the beginning of December, attended by the young Swedish activist Greta Thunberg.

At the third  summit (1997), the Kyoto Protocol was signed, which took effect in 2008 with the commitment to reduce the emissions of six greenhouse gases (GHG) that are the main causes of global warming: carbon dioxide (CO2), methane (CH4), nitrous oxide (N2O), hydrofluorocarbons (HFC), perfluorocarbons (PFC) and sulphur hexafluoride (SF6).

At the 2015 summit, the Paris Agreement was signed, which was to replace the Kyoto Protocol from 2020, in which the European Union undertook, among other measures, to guarantee a reduction of 40% in GGH in 2030, as compared to those of 1990.

Furthermore, the European Union is working on a roadmap called Horizon 2050, aimed at achieving a competitive, low carbon economy, which includes a reduction in GHG of 60 % by 2040 and 80 % by 2050 as compared to the levels of 1990.

On the other hand, in relation to emissions of atmospheric contaminants, in 1979 the Geneva Convention on Long-Range Transboundary Air Pollution was signed. It establishes a framework of intergovernmental co-operation to protect health and the environment against air pollution that can affect different countries. Within this context, in 1999 the European Union signed the Gothenburg Protocol, which took effect in 2005. It establishes maximum permitted emission levels for four contaminants that are precursors of acidification, eutrophication and tropospheric ozone, namely, sulphur dioxide (SO2), nitrogen oxides (NOx), ammonia (NH3) and volatile organic compounds (VOC). This protocol was reviewed in 2012 to set new maximum levels for 2020.

Having said this, we should say that unfortunately, Spain has not complied with either of these two protocols, which represents an environmental challenge and will probably lead to an infringement that gives rise to the imposing of fines by the European Union.

The question is, what does our sector contribute  to the total emissions balance? 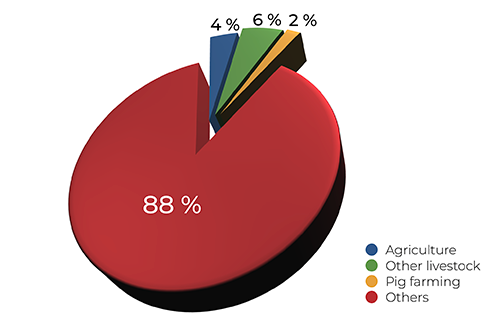 Only 2 % of total GHG emissions are attributed to pig farming, as most CH4s in the livestock sector are due to the enteric fermentation of ruminants. In relation to air pollution contaminants, we should highlight NC3 emissions.

Some of the measures that livestock farmers can take to reduce emissions on their premises are the following:

- Use energy and water more efficiently.

- Extend multiphase feeding by adapting the quantity of protein in the animal feed to the needs of each type of animal, which change as they grow. This causes an important reduction, not only in the cost of the feed, but also in the excretion of nitrogen, thus reducing NH3 emissions.

- Avoid very high temperatures, to prevent the acceleration of the processes that generate CH4 and NH3.

- Avoid excessive ventilation to slow down the NH3 emission processes.

- Limit the percentage of slatted flooring to reduce the contact surface between the slurry and the air and NH3 emissions.

While storing the slurry:

- Cover the storage ponds to reduce contact between the slurry and the air, in order to limit NH3 emissions.

-Separate the liquid and solid phases of the slurry to reduce fermentation and the production of CH4, and also improve the fertilising properties of the slurry (for more information on this topic, see the articles published in Informativo Porcino, issues 80, 81 and 82). This promotes the use of organic fertilisers and limits the use of synthetic fertilisers or those of mineral origin, which require large amounts of energy for their production and transport. It also facilitates application and precision fertilisation to avoid wasting nutrients and excess N2O emissions in nitrification - de-nitification processes in the ground, and the pollution of groundwater by nitrates.

- Promote the composting of the solid part of the slurry, which, apart from the benefits set out above, permits the use of plant waste as organic fertilisers if added to the manure that is to  be composted, thus saving having to burn them, with the ensuing CH4, CO2 and NOx emissions.

- Acidification of the slurry, to prevent the transformation of nitrogen in ammonia form into gaseous nitrogen and limit NH3 emissions.

Graph 2: Percentage of total emissions of main GHGs in CO2-eq.

- Improve slurry application techniques on the farm, avoiding atomisation and reducing the time the slurry remains on the ground, in order to reduce the evaporation of NH3.

In view of the significant contribution of the pig farming sector to ammonia emissions, the new national sector organisation plan which is about to be approved obliges all new farms to reduce NH3 emissions in barns by 60 % and storage by 80 %, by means of applying the best available technology (BAT) approved by the Ministries of Agriculture, Fisheries and Food and the Ministry for the Ecological Transition. With respect to existing farms with more than 120 livestock units (LU), it obliges them to use multiphase feeding techniques and empty pits at least twice a week and/or cover slurry ponds using a technology that reduces emissions by at least 40 %, such as the natural crust (-40 %), floating (-60 %) or fixed (-80 %) covers or any technique that brings about an equivalent reduction.

In addition, since January 2018 the application of slurry using the splash plate method has been banned (as NH3 emissions are 30 % higher than those generated with other systems, such as hoses) and it must be buried as soon as possible (as if it is injected, the emissions are reduced by between 70 % and 90 %). Nonetheless, most regions have passed moratoriums in applying the legislation, but they have gradually been withdrawn, as has recently occurred in Aragón and Catalonia.

We should consider the importance of reducing emissions, not only to guarantee our future, but to take advantage of the economic opportunity represented by all these resources, whether in the form of methane, which can be used to generate energy, or in the form of nitrogen, a valuable nutrient that is indispensable for agriculture, whose industrial synthesis as a fertiliser consumes up to 8% of all energy used on a worldwide scale. 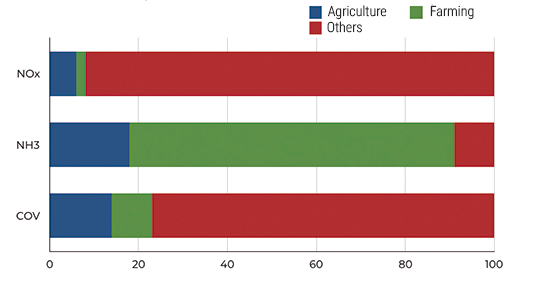